Expanded and improved in content and graphics, with audio files 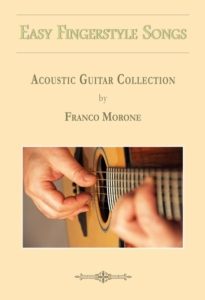 A collection of easy tunes partly originated from Basic Fingerstyle, including 33 pieces written in musical notation and tablature, played in standard tuning, and presented in progressive order of difficulty.
All recordings are available for download and allow you to compare your performance with those proposed by the author: “A collection of early repertoire that I am sure allows in a short time to acquire a fluent reading without losses of enthusiasm.” Franco Morone 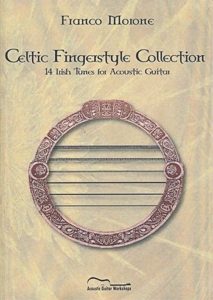 One of the best collections of traditional Irish tunes arranged for acoustic guitar, one of the most used by fingerstyle lovers: from the beautiful melodies of O’Carolan to dances and tunes presented in open tuning with the typical sounds of traditional instruments.
The 14 songs written in musical notation and tablature are available as audio files for download.
We present a revised and corrected edition with improved and more readable graphics. A must for all guitar fans! 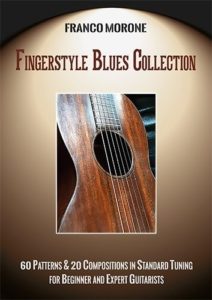 This book is a complete collection of 60 Patterns and 20 Blues, in standard tuning, with musical notation and tablature.

“Before writing this book, I spent time listening to masters like Blind Blake, Big Bill Broonzy, and many others, and in addition to arranging the traditional ones, I began composing exercises and original pieces. There is so much ‘blues’ in the music we listen to today, and it will stay alive as long as musicians all over the world keep playing it!” Franco Morone

A beautiful collection of 16 folk songs and traditional dances re-proposed this Italian repertoire in all its authenticity and beauty. The guitar arrangements of all pieces are in open tuning and written in both musical notation and tablature. “The higher satisfaction I receive from this book is that of having taken traditional Italian music all over the world: enthusiasts from Japan to the United States, from European countries to those of Latin America who have come to know and play these songs and dances of Italian culture.So many Italian fans abroad have been able to recognize the melodies that their grandparents whistled!” Franco Morone 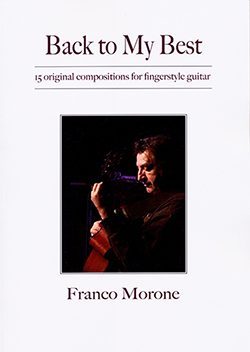 Back to My Best

It’s a collection of Franco’s 15 most representative original compositions proposed in a new edition.
“The life of his compositions carries on further, that is, on stage and during his highly followed workshops, in a continuous process of growth. Despite being a maestro, a guitar virtuoso does not mean having arrived at the end of a path but rather mastery allows Morone to continue his process of improvement both in technique, more and more refined, and in creativity, absolutely surprising in some episodes. Unlike many of his colleagues in virtuosity, Morone’s instrumentals have the rare merit of involving even the “profane” listener, who cannot help but be enchanted in front of little pearls like Followers of Dulcamara or Breath of Old Forest, in addition to the other tracks. In short, being able to involve even those who are not familiar with the technique of fingerstyle guitar is amazing, and Franco Morone with Back To My Best has succeeded in a great way.” Blogfolk 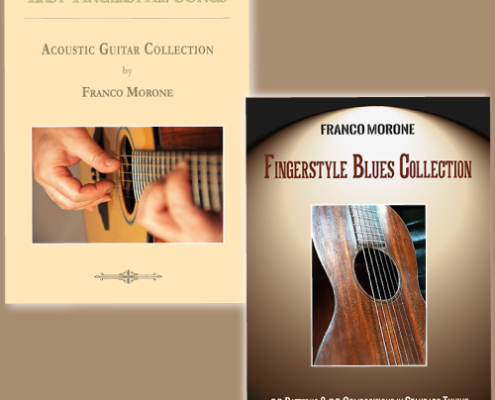 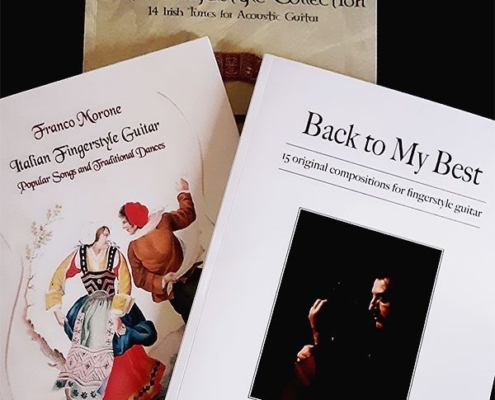